Spring is over and it’s now time to get even lighter on clothing, as summer is already here. Apart from the warmth, there is so much to look forward to- picnics at the park, backyard barbecues and hundreds of other summertime activities.

Unfortunately, summer time also comes with its fair share of downsides; there are health concerns to contend with. Of notable significance are allergies caused by toxins that come with warm weather. These may come from increased pollen and mold in the air or insect bites and materials that become toxic due to high temperatures.

So fi you’re sniffing and coughing and itching for no apparent reason, you might want to see if you’re suffering from any of these summer allergies.

One of the main allergies that come with summer is allergic rhinitis. Also known as hay fever, the condition manifests as an inflammation in the nose caused by an overreaction of the immune system to airborne allergens. ‘Hay fever’ is so named due to its prevalence during the haying season.

The culprit behind the condition is pollen from weeds and grasses that thrive in the summer heat. With plants growing basically everywhere, hay fever affects people all around the world. Statistics put its prevalence at 30% worldwide and about 7.8% amongst the adult population in the US. 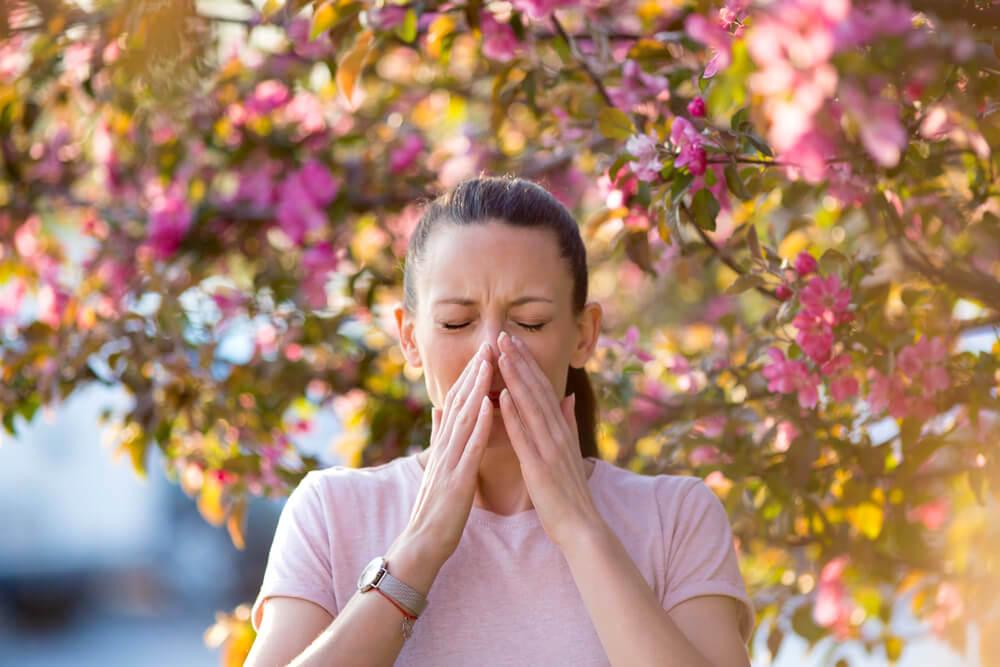 Grasses and Weeds that Cause Hay Fever

Pollen allergy in summer is caused by seasonal plants that produce flowers as the environment heats up. There also flowering trees that release pollen during summer breezes, contributing to hay fever as well. So what should you be on the lookout for?

Generally, grasses release the allergens throughout the season while trees and some shrubs release theirs in late summer. Among the grasses to be wary of include timothy grass. It’s native to Europe but it has been introduced to many regions in the world- where it continues to cause allergy flare-ups.

Another plant in this category is the Kentucky bluegrass. It flowers starting late spring through summer. It’s considered to be one of the most serious allergy-causing grasses, due to its high pollen-production.

Expert Advice: While it might be hard to differentiate the many types of plants and grasses that aggravate allergies, here is what to remember: Flowers or open seed pods equals pollen-release.

Signs and Symptoms of Pollen Allergy

If pollen sets off your allergies, there are some tell tales that you can watch out for. The main ones include;

Long term exposure to pollen can lead to severe symptoms such as excessive fatigue and recurrent headaches.

Note: Although the condition has ‘fever’ in it, fever isn’t one of its symptoms.

Tips to Keep Pollen Off Your Body

Warmth brings insects with it. Bees, wasps, hornets and yellow jackets are some of the critters that you will encounter in the summer heat. Summer is the time of the year when colonies that started in spring expand since there is enough nectar to feed on.

These insects are great for the environment as they help in pollinating plants. For example; bees land on flowers for nectar and in doing so, dry and loose pollen sticks to their bodies and is transported from one plant to the other. This essential biological process, however, spells doom to your allergies.

Apart from more and more pollen finding its way into your garden, the park and trees around you, these insects will sting if provoked. Insect stings are not only quite painful but end with venom being injected into your body.

Insects like mosquitoes, bed bugs, fleas and ticks also multiply rapidly during summer. Just like stings inject venom, bites also deposits venom and in some cases anticoagulants into your body.

Signs and Symptoms of Insect Stings and Bites

Most allergic reactions from insects are localized. As such they lead to small lumps or swelling on the sting area. The reaction occurs due to release of histamine from the surrounding tissue to tackle the inflammation and toxins. The swelling usually dies down within a few hours.

Here are some of the symptoms to expect;

This is not to say that allergens from insects shouldn’t worry you. Although cases of severe allergies from insect are rare, when they do occur, they can be quite serious. Symptoms include;

These are indicators of a potentially fatal condition- anaphylaxis. Simple bee stings have led to countless deaths, so yes, you have a reason to worry.

Summer is a time for backyard barbecues, campsite fires, and bonfires parties. These fun activities can, however, result in triggering your allergies. The smoke that build-ups from the fires pollute the air around you. Once inhaled, the pollutants will affect your breathing; exposure will also irritate your eyes.

Smog also increases with rising temperatures. When sunlight and exhaust gases from vehicles mix, a smoky fog or ‘smog’ is formed. It comes with particulates such as ozone, nitrogen oxides, and sulfur oxides. This yellowish or blackish pollutant is a serious allergy trigger. 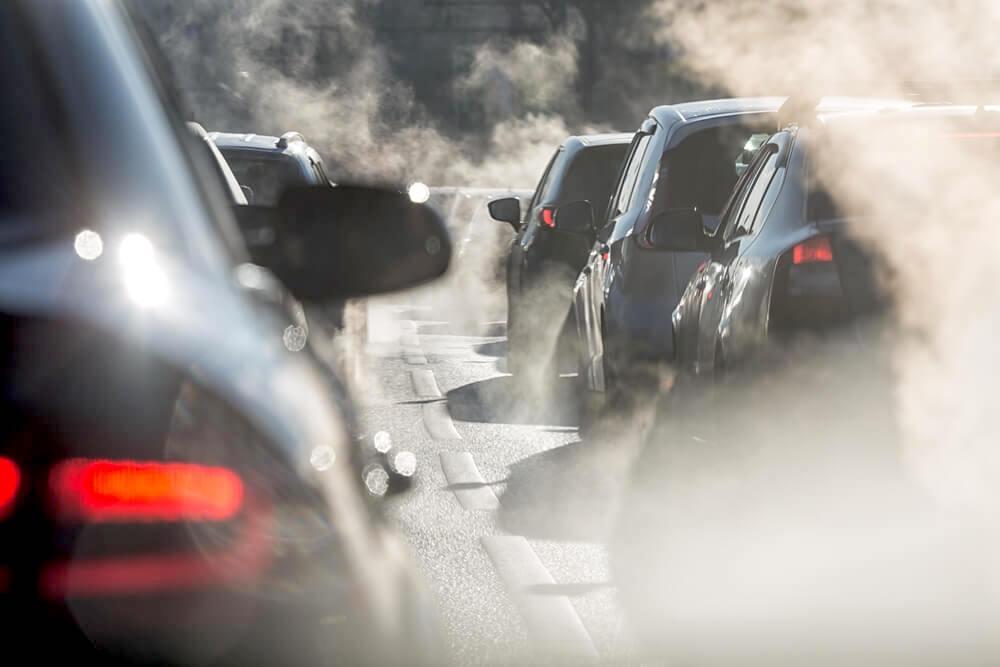 Health Effects of Smoke and Fog

These pollutants are mostly associated with breathing problems. In severity though, they can cause harmful and lasting effects, especially to children and senior citizens. Amongst the dangers of inhaling these pollutants include;

You can avoid all this by staying away from open fires and smoke. Additionally, stay away from major cities or industrial areas whenever smog is reported.

A swim out in the lake is one of the allures of summer. This can, however, turn unpleasant if you are prone to allergies. Ideally, the thought is that lakes are safer than swimming pools. Reason being, pools contain chemicals meant for water purification.

What you may not know is that lakes also contain pollutants. These are chemicals and waste released by plant and animal that come to life during summer, in and around lakes. The water also contains parasites from snails that can burrow into your skin causing rashes.

Among the symptoms brought about by lake, water allergens include a tingling or burning sensation on the skin. The irritation is usually followed by itches, lesions and reddish pimples. In severe cases, difficulty in breathing can also accompany the other symptoms.

Most people love the sweet smell of a new car. You probably look forward to summer when the smell becomes intense. Sweet as the smell is, it a mixture of toxic chemicals used in car construction.

These compounds are found in the adhesives, rubbers, woods, fabrics, paints, sealants, plastics, and various lubricants and oils. When these combine with the summer heat, their toxicity is multiplied and toxins are released.

There are about 200 compounds that go into manufacturing vehicles, with many of them being sufficiently toxic to trigger allergies. The most dangerous ‘new car smells’ consists of chemicals known as volatile organic compounds (VOC).

These are fumes or gases released by solids or liquids. The process is known as off-gassing and results in saturation of toxic carbon-based chemicals in the air. Up to a few months following a car’s production, the potentially dangerous gases remain trapped in the vehicle’s body- and only require a little heat to escape.

Such hazardous chemicals include; formaldehyde, phthalic, ethylbenzene, toluene, and ethers used as flame retardants. Going by reports on VOC profile in many car models, these toxins can cause birth defects and learning disabilities, and in severe cases, cancer.

VOCs not just confined inside vehicles: These materials are also found in other indoor environments such as workplaces, schools, and even homes. The standards of emissions for such environments are however well documented and regulated as opposed to car industries’.

Once inhaled, these toxins can lead to headache, dizziness, and nausea especially when you are confined in your car without much ventilation. Allergies can also be triggered resulting in;

Not buying a new car is the surest way of avoiding contact with ‘new-car’ smells. But since that is probably not an option for you, here are measures of limiting exposure to the toxins;

Since gassing off is a slow process, you can speed it up for a more safer environment. Here is how: With the engine running, park in direct sunlight and turn the heater full-blast; leave the windows slightly open and let the VOCs escape- an hour of this should considerably reduce the allergens.

Allergies have no cure and anybody can get a reaction from hundreds of triggers. Some conditions increase susceptibility by increasing dispersal and production of allergens; summer season is such a condition.

There are measures that you can take to protect yourself. If protecting yourself doesn’t work, there is medication that can lessen the effects. Such is in the form of antihistamines, corticosteroids, and decongestants.

That said; make summer more enjoyable by familiarizing yourself with the above summer allergies and learning from the tips on how to stay clear of the triggers.