Here’s What Pollution Does To Your Skin

Home » Here’s What Pollution Does To Your Skin
Previous Next

Here’s What Pollution Does To Your Skin

Haven’t you heard? It’s everywhere! It’s been spotted on the high fashion streets of London, and has made frequent appearances in finest open-air cafes in Paris. It’s turned up on the Upper East Side of Manhattan, and has reportedly been seen on the Hollywood Walk of Fame several times mingling with the stars. It’s on the beaches of Miami, and some have even seen it on the streets of Brazil, mingling with the locals. What is it? Pollution.

No matter how glamorous and upscale our lives are, there is one unwanted visitor none of us can avoid, and that’s pollution. Unfortunately, pollution is a fact of modern life, and we all have to deal with it, at least for the time being.

While it may be bad enough that pollution can sicken us, shorten our lives, and cost a host of cardiovascular problems, it also takes a shocking toll on our skin. UV rays, pollutants from car exhausts, garbage, fuel, and pesticides all contribute to polluting the air and, while a staunch defender it is, skin is simply not up for that kind of challenge. How can we stop this unwanted guest from aging us prematurely? Let’s break down how pollution breaks down our skin.

Skin is our first line of defense against the environmental pollutants. When it’s healthy, the many layers of our skin protect us, but when the condition of skin is compromised, so too is its ability to work as an effective barrier against external aggressors.

When the skin’s ability to protect our bodies is impaired, the skin’s neutralizing capability and its ability to lock in moisture decreases, causing skin to dry out and become sensitive. Climate and temperature changes, the use of chemicals in the work place, UV exposure, and even harsh detergents used in the home can all overtax skin and we see and feel the results, and they aren’t pretty. 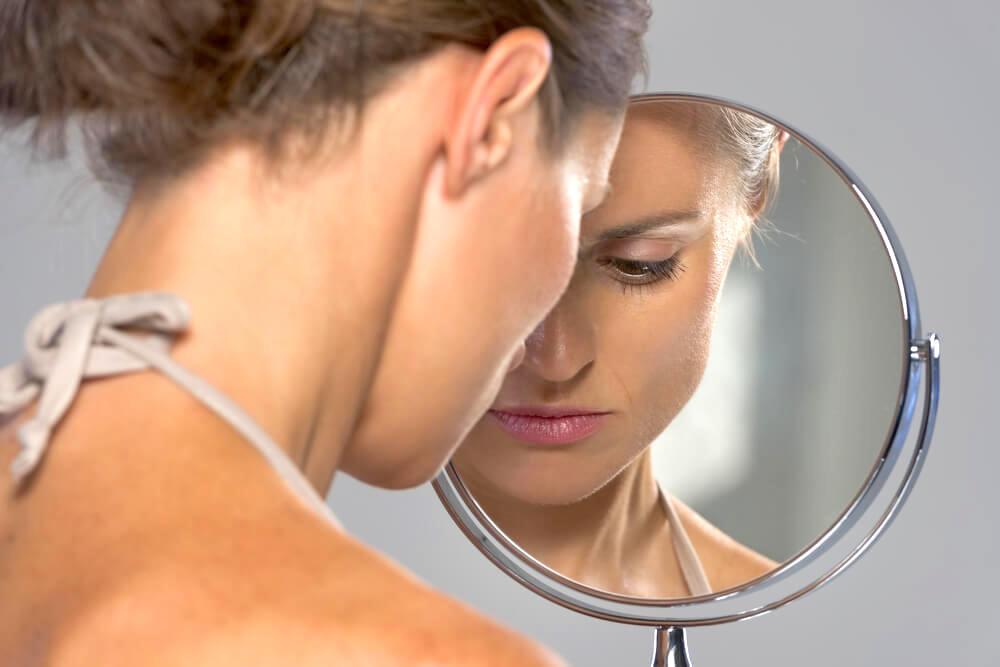 Most of the damage the environment reaps on our skin comes from oxidative stress. Oxidative stress refers to an overproduction of the evil ROS (reactive oxygen species), and the body’s lack of natural antioxidants required to neutralize them before they cause damage to the skin.

According to Doris Day, professor of dermatology at New York University, “Pollution can cause uneven skin tone, accelerated aging, and even skin cancer.” A comparative study conducted by the Journal of Investigative Dermatology found that women living in polluted environments for over 24 years showed a significantly higher amount of dark spots and wrinkling compared to those in places with better air quality.

Dr. Mervyn Patterson says, “With traffic pollution emerging as the single most toxic substance for skin, the dream of perfect skin is over for those living and working in traffic-polluted areas unless they take steps to protect their skin right now,” he predicts,”Unless people do more they will end up wearing the pollution on their faces in ten years time.”

Just when we all thought we had our SPF routine figured out, pollution is quickly taking the place of UV rays when it comes to the skin’s most harmful enemy. As David Bank, MD observes, “The sun isn’t the only villain, now that we know how damaging pollution really is. Microscopic soot, smoke, acid, and dust particles are released into the air from power plants, cares, fires, and construction sites, and while government regulations have been put in place, the situation is far from fixed.

Statistics from the Environmental Protection Agency reveal that 83 million tons of pollution were emitted into the US air in 2012 alone, and when all those tons of pollution come into contact with skin, it may be an understatement to say things start to get heavy. Due to the tiny size of the particles, in many cases up to 20 times smaller than pores, skin is easily infiltrated, and when pollutants reach the deepest layers of the epidermis, the result is not only dehydration and inflammation, but also the dreaded loss of firmness and elasticity. Says Zoe Draelos, MD, “Pollution breaks down the collagen and lipid layer in skin, which impairs skin barrier functions.”

American doctors are not the only ones to notice the emergence of air pollution as the new black when it comes to skin damaging agents. Prof Jean Krutmann at the Leibniz Research Institute in Germany notes that while UV damage had been the main topic for skin protection for the last 20 or 30 years, pollution may prove to be an even bigger problem to contend with. Plus, with new revelations indicating that air pollution from traffic is also a large contributor to skin damage, Krutman remarks, “Now I think air pollution has the potential to keep us busy for a few decades.”

Air pollution in urban regions is made up primarily of tiny particles called PMs and nitrous oxide. While Krutman says, “It is very clear that PMs are a problem for skin,” some of the doctor’s newest studies show that Nitrous Oxide (NO2) to play a large role in premature skin aging as well. Studies of people in China and Germany revealed a 25 percent increase in age spots resulting from a mere 10 micrograms of NO2 per cubic meter, and with many parts of the UK reaching over 200 micrograms per cubic meter, the Brits may want to start seeking greener pastures.

The thing about pollution is that it’s complicated. Its made up of a mixture of so many components that its difficult for scientists to pinpoint exactly which of these lead to skin damage. Laboratory tests have been conducted using urban dust, ultra-fine dust, Benzo-pyrene, and diesel exhaust to determine which pollutants are responsible for the effects we see on skin, and the results may come as something of a surprise. 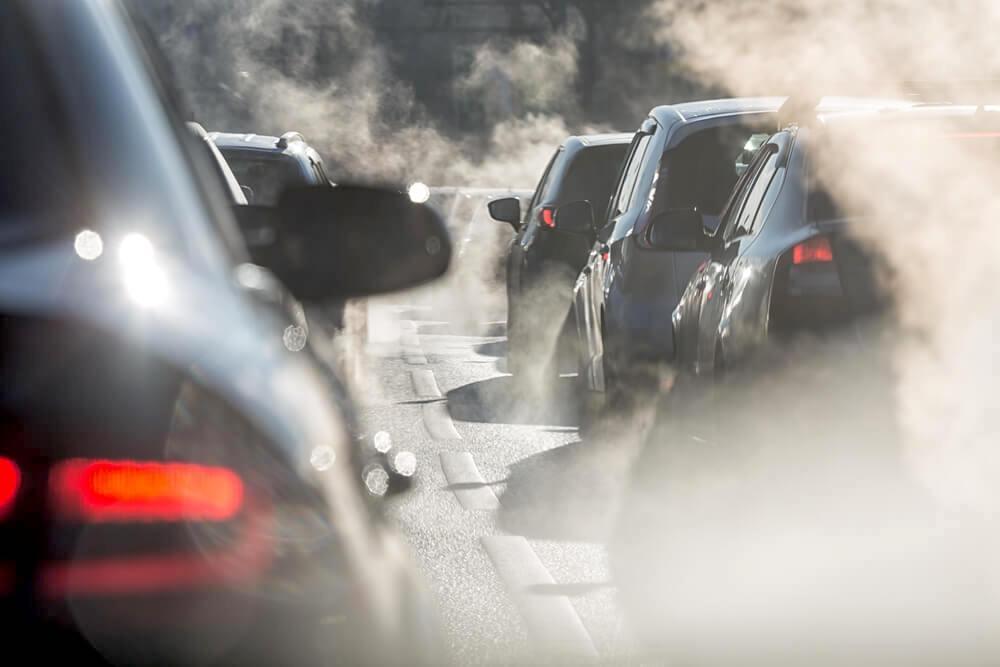 While the particles themselves seem like some pretty nasty characters, it’s actually the chemicals that attach themselves to these bad influences that really pose the threat. It turns out that urban dust contains a mixture of 224 toxic chemicals, including heavy metals, no offense to WHO fans, and although these particles are usually too large to penetrate skin on their own, the chemical attached to them aren’t. Likewise, cigarette smoke consists of over 6,000 chemicals just waiting to sink into your pores.

However, in every cloud of toxic smoke, there is a silver lining. These tests were not only conducted to determine how cells reacting to pollutants, but also how ingredients could be developed to better protect cells from these reactions.

The first thing these tests establish is that there is a clear direct relationship between air pollution and skin problems such as hives, acne, and eczema. The revelation her is that air pollution is not just affecting skin cosmetically, but that it is a real threat to skin health in general.

In a recent Korean study, researchers measured the outdoor concentrations of PM, volatile organic compounds and nitric acids to evaluate their effects on eczema patients. Results revealed that the greater the patient’s exposure to air pollution, the greater the presence of symptom in patients, demonstrating that air pollution plays a definite role in the aggravation of the condition.

In addition, those living in areas of high pollution were found to have less hydrated skin than people in cleaner suburb areas who followed more healthful skincare routines and consumed a greater amount of water.

Brush Up On Your Skin Care

How well do you wash your face? According to Erin Gilbert, MD, not enough. “Washing your face thoroughly every day is a critical piece of reducing the burden that pollution puts on your skin.” While a mild cleanser may be all you need in the morning, at night you’re facing the extra challenge of removing the daily film of pollution. However, harsher formulas and deep scrubbing are not the answer. When ridding skin of impurities, the goal is to get skin clean without drying and irritation, and experts say an electronic brush is the way to achieve it. Dr. Bank advises using the same cleanser you use in the morning with an electronic brush. He urges his clients to “think of a pollutant as a smoldering cigarette butt that’s stuck to your skin, continuing to eat toxic chemicals. Simple washing may not be enough to remove it, but exfoliating can.” Also, Day recommends a swipe with some toner as a final step to lift off any remaining debris.

Niacinamide, or vitamin B3 taken orally in 500 to 750 mg doses twice a day, or topically in skin products has been proven to be one of the most effective ingredients for combatting the negative effects of cigarette smoke, bento-a-pyrene, urban dust and diesel dust. Tests have shown the vitamin to radically reduce damage to skin cells, protecting them and aiding in their recovery, while strengthening the skin barrier and repairing UV damage, giving your skin long term protection against the brutal environment.

GliSODin is an oral supplement consisting of a melon SOD wheat gliadin combinations that has been proven to increase the anti-oxidant and anti-inflammatory properties in the body. It can be found at most health food stores and pharmacies.

If you really want to avenge those toxins in your body, drinking water is an excellent way to do it. 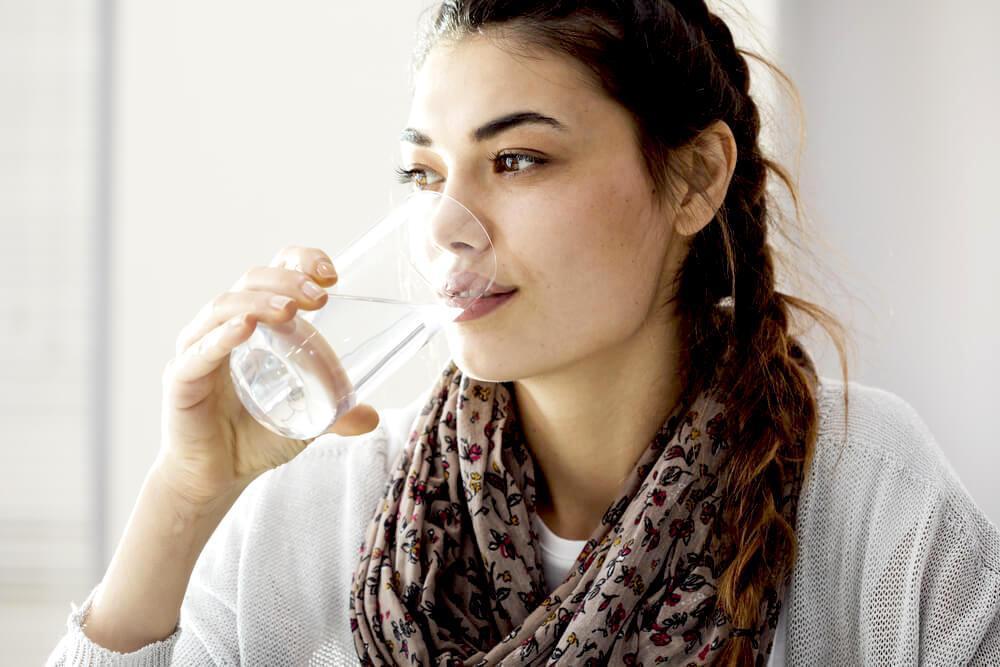 If you’re already getting your eight glasses a day, keep it up – if not, there’ s no time to start like the present. Drinking water combined with potent skin products are both key in making sure the skin’s natural barrier stays strong.

The skin is no match for the harsh rays of the sun, and with pollution in the mix, the odds are certainly no higher. Man-made pollution doesn’t only do direct damage to the skin, it also depletes the ozone layer, which makes skin an all the more vulnerable target for UV rays, even on cloudy days, and if you have inflammation or hyperpigmentation, the sun can only make it worse. Apply an SPF of 30 or higher every day and look for formulas containing antioxidants to intensify their effectiveness in fighting pollution.

When pollution invades your skin, it creates unstable molecules known as free radicals which have unpaired electrons. In their quest to find a mate for their electrons, these molecules bounce around your skin, injuring healthy cells, and poking holes in the collagen, weakening your skin and causing fine lines and hyperpigmentation. Perhaps most disturbing, however, is the fact that these free radicals can cause cell mutations and DNA damage, which lead to cancer. What can we do to fight these radicals and stop them in their skin damaging tracks? Antioxidants can be your skin’s best friends in the fight against free radicals. Antioxidants donate electrons to the free radicals, neutralizing them and preventing them from causing havoc to your skin. Protect skin by layering on an antioxidant-rich serum and eating lots of blueberries, leafy green, and beans, and upping your intake of vitamins A,C, and D, and B complex.

Adaptogens are natural ingredients that help to neutralize stress on the body. CoQ10, superoxide dismutase, Resveratrol, curcumin, ashwaganda, and ginseng all fall under this category. While the most effective way to incorporate these into your nutritional regimen is through fruits, vegetables, and spices, they can also be found in supplements like Nutrafuli, which while designed primarily to promote hair growth, can also do double duty in the war on pollution.