No one has a beef with veggies. People have beef with beef, there are many who find fault with chicken, fish, and eggs. People have huge beefs over dairy products, and it’s getting harder to find anyone who’s down with the sweets and fats group. But there are definitely no protests or riots against veggies, no people with signs that say, “Broccoli is murder,” or “Down with the Green Giant.”

In fact, it might be fair to say that most people think veggies are good guys, even if they complain about the taste. After all, they’re great for about every part of your body, including your skin, and that’s a pretty big reason to eat them. Plus, they’re accessible, relatively cheap, and easy to put in almost any recipe. 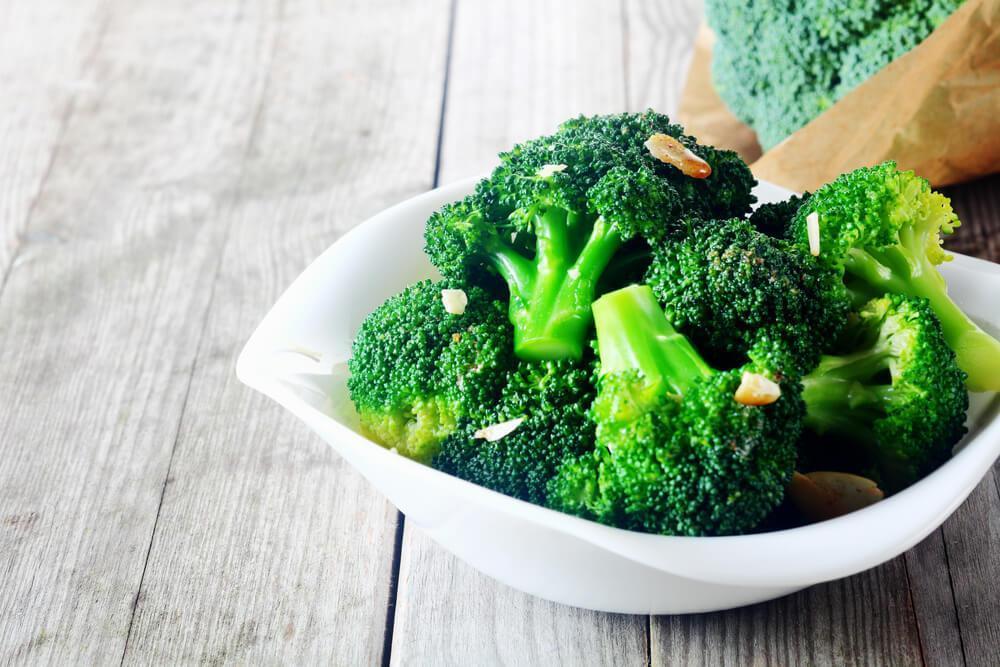 The Baby Boomers among us may best remember broccoli as the vegetable which David Spade memorialized in his “Choppin’ Broccoli (broccollaay!)” skit on SNL. If you’re too young to remember it, it’s worth searching up on YouTube. It will never lose its appeal.

Of course, one only needs to look at David’s skin to realize how beneficial broccoli can be to the dermis. Broccoli is loaded with antioxidants to improve skin health and slow down aging. Vitamin C boosts collagen production to keep skin plump and a substance called glucoraphanin (talk about ingredients that you can’t pronounce) which aids in skin repair and gives your complexion that glow of health that you can see radiating from David.

Studies show that broccoli sprout extracts can protect against UV radiation. Some suggest smearing broccoli extract over your skin to protect it from the sun’s damaging rays. No wonder, David was Choppin’ so much broccoli!

When cartoon character Popeye downed his first can of spinach on national TV, it brought a ray of hope to the mothers of the world. Surely, their child would see the way the sailor’s muscles inflated after chugging a can and want to eat nothing but spinach for the rest of their lives. However, they soon found that while you can bring a child to spinach, you can’t make him eat, and unfortunately, mothers found themselves with a large supply of spinach stuck on dinner plates or shoved in the dog’s dish after the family meal.

The upside of this? Moms discovered how wonderful spinach was for their skin. As they ate it, they found that their skin had greater elasticity, and that it healed faster. What they may not have known is that it was the 943 micrograms of Vitamin A in spinach working as an antioxidant which was keeping their skin so young and healthy looking, or that the 18 milligrams of vitamin C was helping to stimulate collagen production to prevent scaly dry skin. 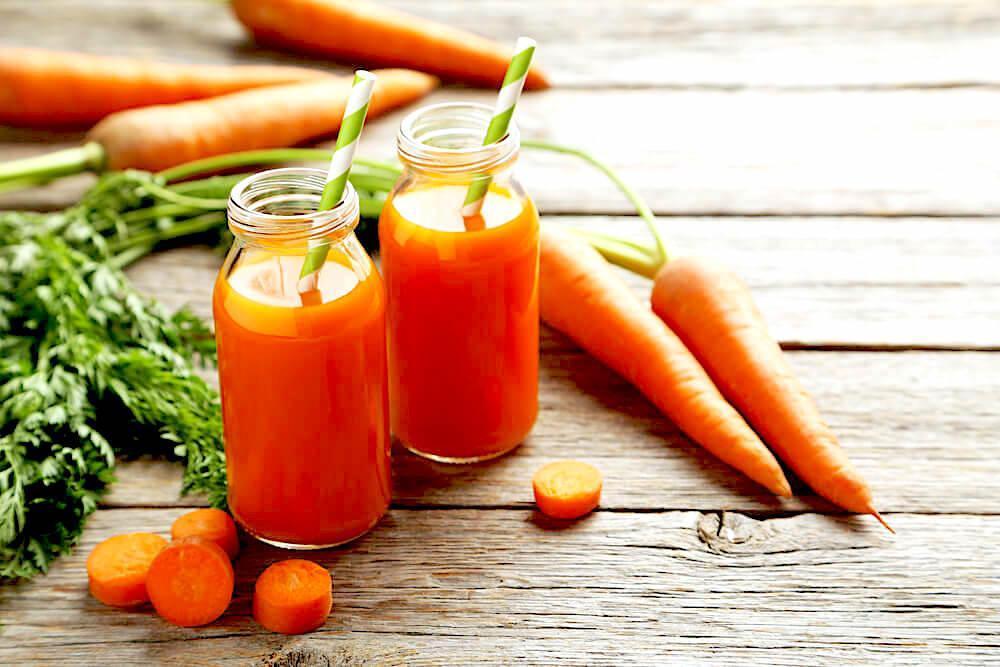 If Popeye had his spinach, Bugs had his carrots, and they seemed to bug kids just as much as spinach. After all, they were anything but glamorous, and they certainly didn’t come with a prize in the box. However, that didn’t mean the prize was not there. Apparently, the beta-carotene in carrots turns into vitamin A in the body, and with 300 percent of daily recommended intake of vitamin A in one small carrot, that will go a long way into b to last you throughout the spring.

As for fine lines and wrinkles, you can juice them away. One cup of carrot juice in your smoothie will give you 22 mg of beta-carotene, to keep your skin looking plump firm and youthful.

Looking for more ways to enjoy your carrots? Try sprinkling them on your salads and fish dishes, toss them your Greek yogurt, and if you want the kids to get more vitamin A, try sneaking them into your muffin recipes and good old carrot cake.

All hail kale. To say that the popularity of kale has risen to biblical proportions may be something of an understatement. People credit kale with everything from healing eczema to curing the common cold, but should we believe the hype?

Ok, so what do we know about the benefits of kale to your skin? We know that it has a high concentration of vitamin C which helps to produce collagen to increase skin strength. We also know that vitamin C can work as a powerful antioxidant to prevent sun damage, and we know that a cup of raw kale can provide men with 90 percent of their daily vitamin C intake, and take care of the whole daily allowance for women. So far, it sounds pretty impressive, but not all that, right?

The thing that makes kale so unusual is its copper content. Copper boosts the synthesis of melanin which protects skin from the sun, and also helps to increase collagen production. Copper also controls inflammation, and plays an important role in healing. With each cup of raw kale boasting a whopping 1,004 micrograms of copper, you’re good to go for the day with a little extra thrown in.

Not a believer yet? Kale also gives you 335 micrograms of retinal equivalents to promote healthy cell growth and promote cell turnover in the skin. 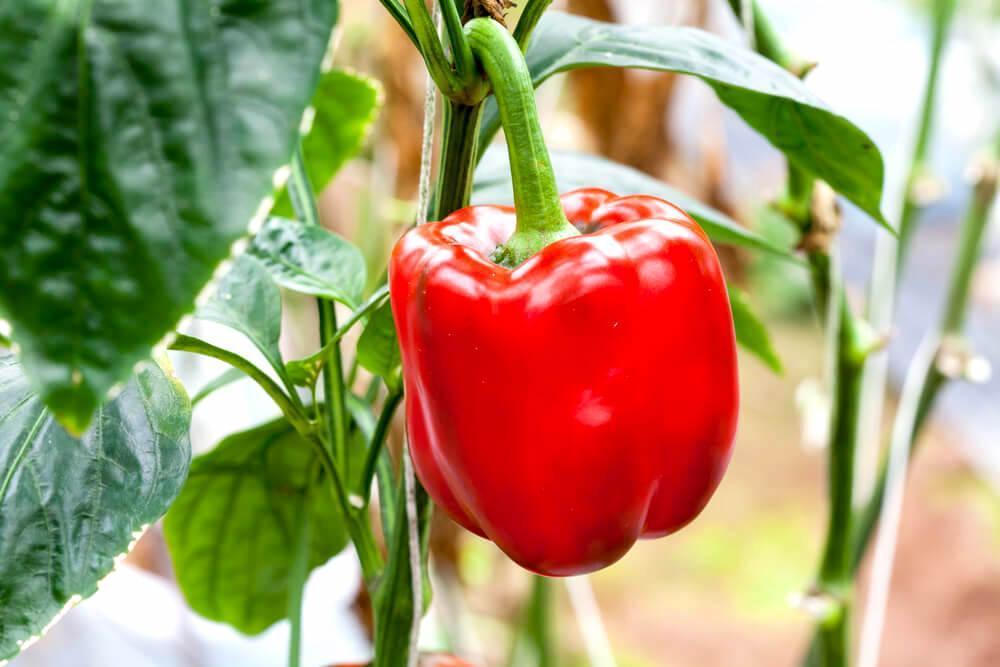 If you’re eating your way through the food rainbow, the first stop is red, and red bell peppers are one of the best choices for your skin when it comes to satisfying the crimson criteria. Red peppers are from the family of mild peppers, and if you like the way they make your dishes look, you’ll love what they can do for your skin.

Not only do our bell-shaped friends have twice the amount of vitamin C than their greener brother and sisters (no wonder they’re so green), they’re also full of antioxidants to fight signs of aging for more youthful, healthier skin. Juicing with red bell peppers can help purge the skin of free radicals in the body which can age and damage skin, and the peppers can also be mixed with carrots to create a concoction to rid skin of rashes and blemishes.

Cucumbers, they’re more than a part of our diet, they’re a part of our culture. Long before bee venom became all the rage, and slightly after arsenic went out of fashion, cucumbers over the eyes were a common trope played for laughs in fiction as a sign of a woman receiving an upscale facial, or as a masking ingredient sending fear into the hearts of unsuspecting husbands and children.

However, while the notion of the cucumber playing an important part in skincare may be more common in fiction than reality, there is truth in the cosmetic benefits of the cucumber. Cucumbers are actually a natural astringent and moisturizer, and can help reduce puffiness around the eyes.

One of the many skin-friendly benefits of the cucumber is its ability to keep acne under control. It lowers sebum levels (the oily substance) in your skin, and helps to unclog pores to keep breakouts to a minimum. In fact, the phenomena known as trans-epidermal water loss (TEWL), which decreases skin’s moisture while increasing the loss of water in the body through the skin, was observed in studies using cucumber formulations, strengthening the acne fighting properties.

Cucumber is also known as a natural bleach for the skin, decreasing melanin content, and making it an excellent dark spot and sun tan remover while its high water content tones and tightens the skin, keeping it moist and supple.

Who couldn’t love something with the word ‘sweet in its name?’ When you can pair a vegetable with marshmallows and have it actually work, you know you’re on to something, and when you find out it’s also one of the richest vegetables in beauty benefits, you may just want to start growing them in your garden.

How do these little beauties make us so beautiful?

Sweet potatoes contain a lot of beta keratin which brings us all that vitamin A and antioxidant power that protects our skin from free radicals, and keeps it glowing and supple. They can also be used as a toner to draw out impurities from pores. Simply boil sweet potatoes and drain off the excess water to improve skin texture, and even out tone.

Cold potato slices can also help to reduce under eye inflammation, and the sweet ones have even more nutrients for extra relief. Ah, how sweet it is.

You may have heard of “Beetlejuice,” but have you ever tried beetroot juice? It turns out the red root vegetable has a wide variety of minerals not usually found in such high concentrations in one food, and if you’ve got skin problems, the beet may just be the vegetable to beat them.

Beetroot juice is loaded with antioxidants, and can reduce cellular damage when topically applied. It is also rich in Vitamin C which can be effective in reducing signs of pigmentation and blemishes to help with skin pigmentation and discoloration, and can also help to rid skin of dead cells and promote regeneration. Plus, it also makes a great natural hair dye, and that might just give Beetlejuice fans and the beetroot juice fans something they can all agree on. 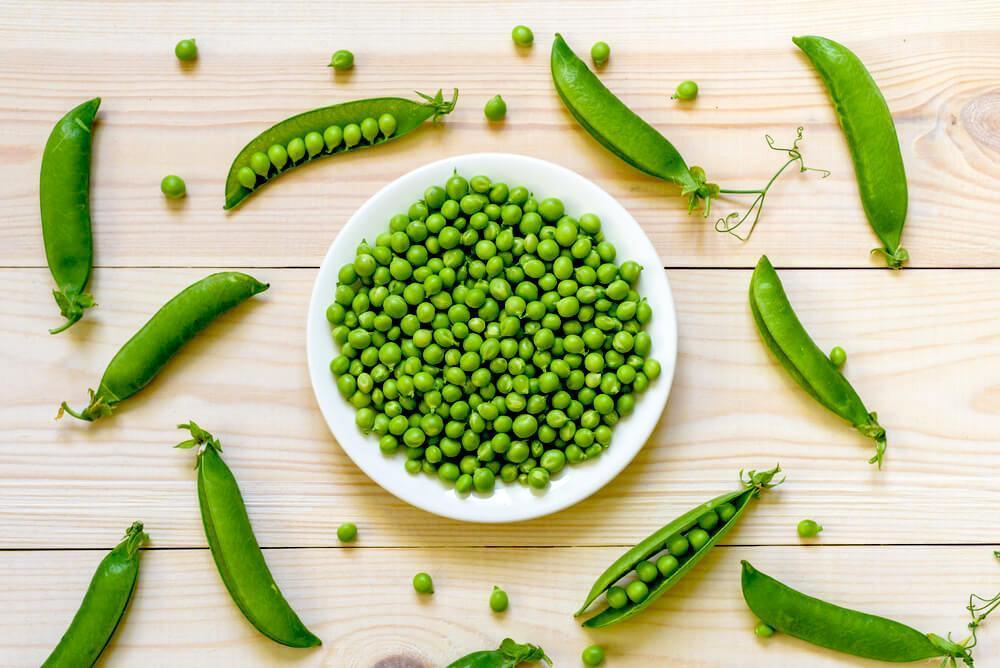 Ah, the fate of peas. So often found in the corner compartment of a Hungry Man meal or in a plastic cup on a cafeteria tray. How is that such a wonderful food can be downgraded so harshly? Peas are one of the healthiest foods on the earth and are packed with minerals and antioxidants, and even have some very essential beauty benefits, so maybe we should all just give peas a chance.

When pollutants and free radicals collude to do damage to our skin, it’s fresh green peas to the rescue. The vitamin C and antioxidants in peas help to control signs of aging and prevent damage from free radicals. Pea extract can be used to negate the harmful effects of UV rays on the skin, protecting the integrity of the skin’s collagen and elastin to keep skin firm and healthy. Some studies have even credited the antibacterial properties of vitamin C found in peas as having an anti-inflammatory effect to fight acne and breakouts.

Botanically, they’re fruits, legally they’re vegetables, cosmetically they’re a wonder. Despite the fact that tomatoes fall under the definition of fruit according to the Oxford Dictionary of Botany, the U.S. Supreme Court ruled them to be vegetables, which to anyone who feels strongly on the subject, must be very frustrating, and highly inconclusive. However, be they veggie or be they fruit, there is no doubt that tomatoes are extremely good for the skin, and that is the reason that they are on this list, no offense to team fruit. Lets put our differences aside and celebrate the red food for what it can do for our skin.

One thing tomatoes are especially good at is making skin glow. Applying tomato juice topically or rubbing tomato slices directly on the skin can even out and revive skin to give a healthy looking tone, while the high levels of vitamin C can brighten skin and help to diminish the appearance of dark circles.

Another thing we can thank our round red friends for is their ability to help the skin absorb oxygen and reduce the signs of aging, helping us to maintain our youthful glow with effortlessly. Tomatoes also contain lycopene, which can act as a natural sunscreen to provide protection against harsh rays, helps skin retain moisture and fight cellular damage. Sixteen milligrams of lycopene can significantly reduce free radical in the body, and that’s something no one should have a beef with.